← more from
Intakt Records
Get fresh music recommendations delivered to your inbox every Friday.

Being the Up and Down

by SILKE EBERHARD TRIO with Jan Roder and Kay Lübke 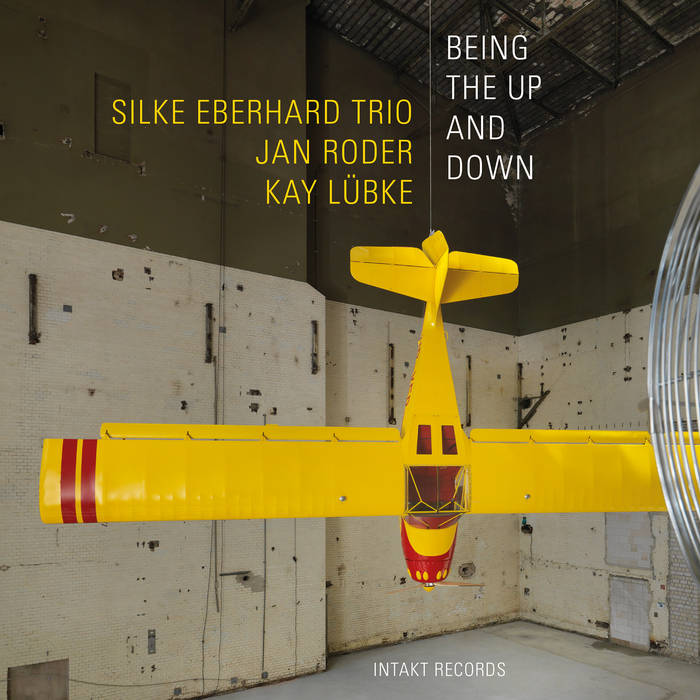 "Being the Up And Down", Silke Eberhard’s new CD with her trio with Jan Roder on bass and Kay Lübke on drums was recorded both in the studio as well as at a live concert at the A-Trane in Berlin. This was the result of her winning the prestigious Berlin Jazz Prize, which affords the winner the honor of playing a concert and getting some recording days by Radio Berlin Brandenburg. Thus on this disc you hear a seamless blend of studio and live performances. The artwork on the cover, as on her previous Intakt release The Being Inn, is by Roman Signer, one of the most prestigious Swiss artists of today. The American jazz critic Lynn René Bayley writes in the liner notes: "Yet whether being sensual or being edgy and experimental, there is so much to like and so much to hear in Silke Eberhard’s playing both solo and when interacting with this trio that one is held spellbound from first note to last. Small wonder that she has such a high reputation in the German jazz world!"

Bandcamp Daily  your guide to the world of Bandcamp