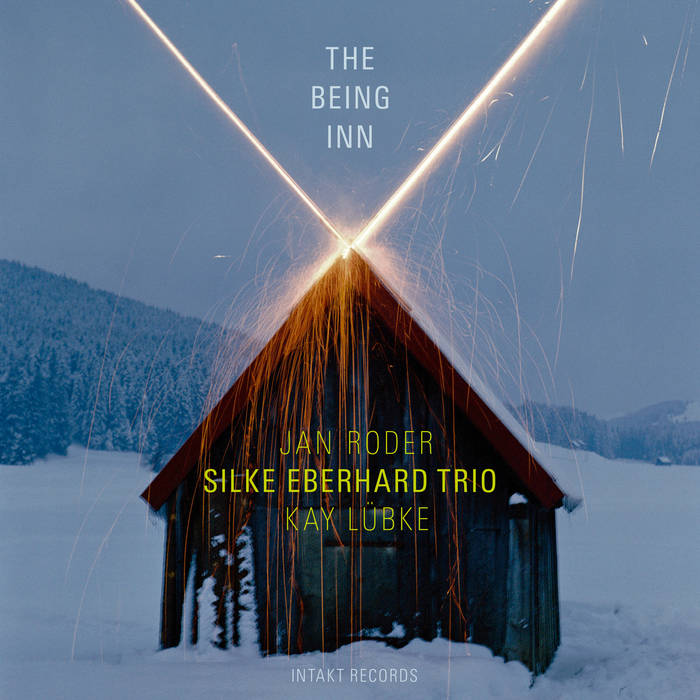 It’s no secret that reedist Silke Eberhard is a keen student of jazz history, a player whose inspiration routinely gets recharged by immersing herself in the music of her early heroes. For her that means more than listening to old records by the likes of Eric Dolphy, Charles Mingus, and Ornette Coleman (the subject of Eberhard’s 2007 Intakt debut, a duo album with pianist Aki Takase titled Ornette Coleman Anthology) – but diving into that repertoire and reshaping it with novel instrumentation.

But Eberhard makes it clear that the trio featured on The Being Inn is the context for which she always imagines her own material. “I feel a lot of freedom with this group,” she says of working with bassist Jan Roder and drummer Kay Lu¨bke. Although this particular group coalesced in 2006, her history with each player stretches back to the mid-90s and there’s no missing the rapport they’ve all developed together.

Eberhard and company make a conceptual leap on the album, with many of the pieces tied to the titular concept – an imaginary inn the saxophonist pictured as she composed numerous tunes. She jokes that the spry opening track, “Ding Dong,” is the kind of number she likes to open one of the trio’s sets with – “a door bell,” she calls it, although the first sounds we actually here are her footsteps leading toward a door that soon opens, inviting the listener in. (Peter Margasak, from the liner notes)

Bandcamp Daily  your guide to the world of Bandcamp